4 Common Car Accident Injuries That May Need Back Surgery 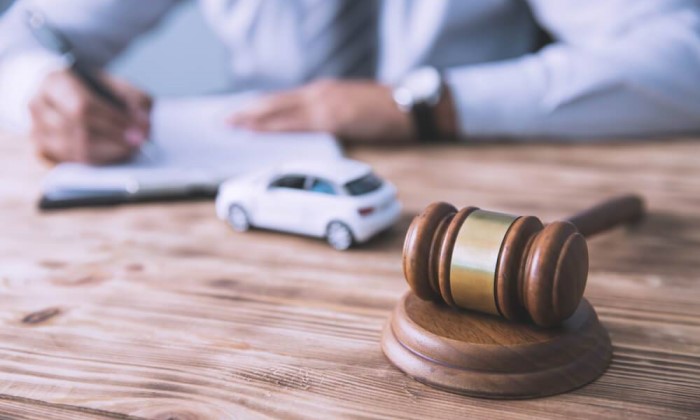 Car accidents are dangerous. Cars, even compact cars are enormous so whenever they strike something, even if the car isn’t going fast, could potentially hurt someone when it crashes, and the simple truth is that speed and drunk driving is a factor in most car accidents. The faster the vehicles involved in the accident are going in the seconds before impact, the better the odds are that the human passengers will get hurt.

Here are the four most common back injuries a passenger will experience when they’re involved in a car accident.

Everyone who has ever seen an example of a spine knows that there are several vertebrae that appear at regular intervals along the entire length of the spine. What is less well known, is that between each vertebra there is a small, fluid-filled disc. The primary function of these discs is to serve as shock absorbers. It’s common for the sheer force of a car accident to force one or more of these discs out of place so that they bulge outwards. This condition is called a bulging disc.

Symptoms of bulging disc include:

Back surgery isn’t usually the first thing doctors turn to when a patient comes to them with a bulging disc following a car accident. Before attempting to use surgery to repair a bulging disc, it’s likely that your doctor will recommend another, less invasive treatment which could include:

If these treatment options don’t work, your doctor may suggest back surgery to correct the bulging disc. These types of surgeries include:

Despite what some people think, bulging discs and herniated discs aren’t the same things. When someone is diagnosed with a herniated disc following a car accident it means that the stress they sustained during the collision applied so much pressure to the disc that instead of simply bulging to one side, the disc actually ruptured.

It’s possible for a person who suffered a back injury during a car accident to start off with a bulging disc that quickly worsens until it herniates.

Symptoms of a herniated disc include:

The exact treatment for a disc that is herniated during a car accident varies depending on the severity of the herniation, how many discs are involved, and the injury’s location.

It’s not uncommon for a person to fracture a vertebra in a car accident. It’s important to understand that just because you’ve been diagnosed with a fractured vertebra, it doesn’t mean you’ll suffer from paralysis for the rest of your life. If the spinal cord isn’t damaged, it’s highly likely that you’ll make a full recovery.

Fractured vertebrae are diagnosed with x-rays and other forms of digital imaging. The location and severity of the fracture will determine how the doctor decides to treat your condition. Possible treatments range from several weeks of bed rest, the medications, to surgery.

Back injuries are always complicated and expensive. In most cases, you won’t be able to work while you recover from the back injuries you sustained during your accident. A good personal injury lawyer will take on your case and deal with all the legal aspects of getting you a fair settlement so that you can direct all of your attention towards healing.