Are Criminal Minds Complicated? Things You Should Know 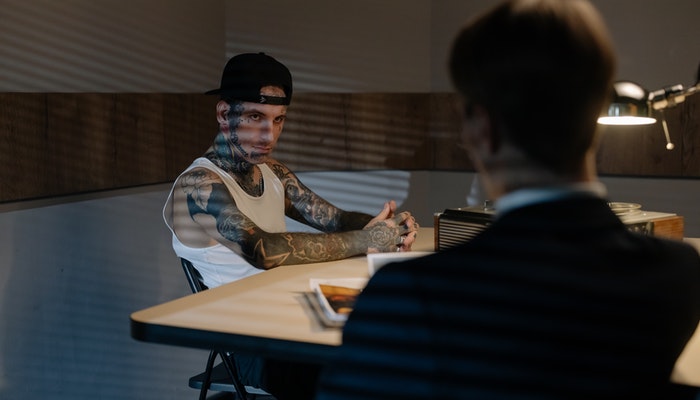 Criminals are not just people who kill or rob others; they are complicated individuals with deep-rooted issues.

Some of them have mental disorders that make them do what they do. Others come from abusive backgrounds or have experienced traumatic events that have scarred them for life.

Some criminals are simply opportunists who take advantage of the situation. They see an opportunity to make some quick money and pounce at it. They may not be violent or harmful, but they are still breaking the law.

We can never truly understand what goes on in the mind of a criminal. But we can try to piece together the puzzle and see how these different factors play a role in their actions. By understanding them, we can perhaps find ways to prevent crime and keep our society safe.

The Complexities of Psyche

Freud’s three parts of the mind described in his structural model of the psyche are the ID, ego, and superego.

These divisions are not separate brain parts but help describes how our mental life functions.

For example, someone with a very strong id might be a serial killer who acts on their violent impulses without any regard for the victims or the consequences.

Someone with a very strong superego might be a compulsive liar who feels an irresistible need to conform to society’s expectations, even if it means breaking the law.

It’s not just having too much or too little of one part of the mind. It’s also a matter of how well those parts are integrated.

A serial killer might have a strong id, but if they also have a strong ego, they might be able to control their urges and avoid getting caught.

The Nature vs. Nurture Debate

Nature vs. Nurture is a long-standing debate in the field of psychology. The nature side of the argument says that our genes determine our behavior. For instance, someone might be born with a genetic predisposition for violence.

The nurture side of the argument says that our environment plays a role in shaping our behavior. Like, if we are raised in a chaotic and abusive home, we might be more likely to become criminals ourselves.

Most experts now agree that it’s not a matter of nature OR nurture, but nature AND nurture. Our genes and our environment both play a role in shaping our behavior.

The anterior cingulate cortex is a brain region linked to criminal behavior. This region is responsible for things like impulse control and decision-making.

Lower ACC activity has been linked to higher rates of crime.

The human brain is incredibly complex, and we are still learning much about how it works. But we know our brains are plastic, meaning they can change in response to our environment and experiences.

It is good news for people who want to change their criminal behavior. If we can understand how the brain works, we can figure out ways to change it. For instance, many programs aim to rehabilitate offenders and help them lead law-abiding lives.

Studies have shown that intervention programs can be effective in reducing recidivism rates. These programs typically focus on changing the way offenders think and behave. They may include therapy, education, and job training.

It’s important to remember that younger minds better absorb information and are more plastic. So, it’s easier to change the behavior of someone young than someone older.

Researchers have found that kids three years of age can have improved brain functioning if assigned to enrichment programs catering to nutrition, cognitive, and social needs.

The world is a cruel and dangerous place, and some people are just born into bad circumstances, while others mold their own. Many factors can lead someone to a life of crime.

Poverty is one of the biggest societal factors that can lead to crime. Poor people are more likely to resort to criminal activity to make ends meet. They may also be more likely to join gangs or sell drugs.

Other societal factors that can lead to crime include poor education, a lack of job opportunities, and exposure to violence. If someone doesn’t have a good foundation, they may be more likely to turn to crime.

Recently, the growing number of youngsters involved in violent gaming has also been linked to increased crime.

These games desensitize players to violence and make it seem like a normal part of life. Even though there is no definitive proof that violent gaming leads to crime, it’s still something worth considering.

A war rages inside a criminal’s mind even before he knows he’s lost the battle. It’s a constant tug-of-war between the id, ego, and superego. And it’s not an easy thing to comprehend.

Is there something that can be done? Well, yes. But it requires a lot of understanding, empathy, and time. Eliminating triggers like poverty and poor education can help. But it’s a long and difficult road.

We can’t comment on whether judging a person by their crime is okay. But we can try to understand what made them do it in the first place. And that’s a start.