How Do I Prove Future Lost Earnings in a Personal Injury Case? 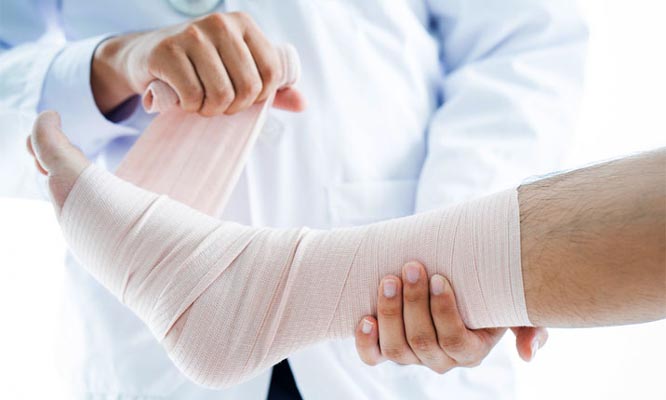 When you’ve been hurt in a personal injury accident, the first two priorities in your life are healing as quickly and completely as possible and figuring out how to stay on top of not only your routine monthly bills but also the new expenses that pop up as a direct result of your accident.

As important as your present is, you can’t afford to stop thinking about your future. In addition to your current needs, you have to consider how you’re going to keep on top of your finances in the future. If you’ve been recently hurt in a personal injury accident, you should already be thinking about how you’ll support yourself if the accident has compromised your ability to earn future wages, and an experienced personal injury attorney can assist you with that.

Calculating the immediate loss in income following a personal accident injury is simple. All that’s required is taking the number of days you weren’t able to work that was a direct result of the accident and multiplying that by your daily income. Since this is a tangible and easily confirmed amount, there are usually little questions about you receiving the income you lost as a direct result of the accident.

To determine a fair settlement for lost future wages, the court needs to estimate what your future earning capacity was before the accident and compare it to how the accident has reduced your earning potential. The difference is what you’re free to try to gain in a settlement.

Before the accident that left you injured, you had your entire life mapped out. You knew what your short- and long-term goals were. You knew how hard you were going to have to work so you could reach those goals. Failing to pursue future lost wages when you’re in the middle of a personal injury case jeopardizes everything. If the settlement only provides you with enough to cover your immediate and pressing financial concerns and you find that you’re unable to work, or you can only work in a capacity that has significantly decreased your earning potential, you won’t be able to enjoy the high-quality life you’d planned out before the accident.

Obtaining future lost wages in a personal injury case is challenging, but it’s not impossible.

When it comes to future lost wages it’s not uncommon for the defense to balk and protest. There are a few common reasons they use in an attempt to get future lost wages removed from the case. These reasons include:

While all of these arguments are true they are usually used because the defendant wants to keep the settlement as small as possible.

There are also several holes in each argument.

Yes, you might be able to hold down a job, but if you can’t work the same amount of hours, can only work at jobs that typically offer a significantly lower pay scale, or are unable to pursue a high-paying career field as you originally intended, your earning potential, and by extension, your quality of life has been compromised by your injury.

The best way to silence the argument that you could heal further and return to work is easily handled when you reach maximum medical improvement, which is the point where your doctor determines that your body has healed as much as it’s going to. If you’ve reached this point and are still unable to return to your prior earning potential, it’s unlikely that you ever will.

Physical injuries aren’t the only thing that could result in lost future wages. It’s not uncommon for mental and emotional trauma to also prevent you from reaching the same earning potential you had before the accident.

Considering how complex and complicated getting future lost wages included in a personal injury case, you really can’t afford to not have a good personal injury lawyer on your side. When you decide to include lost future wages in your claim, you’ll require a lawyer who has the resources to thoroughly research lost future wages and the grit needed to handle the challenges that are instantly created by adding your future projected wages to the claim.